Colchester MP Sir Bob Russell has written to the Secretary of State for Transport to request that his Department ensures that there will be no over-runs by Network Rail during the eight weekends from the end of January through February to the latter part of March when work on a £15 million upgrade is carried out. 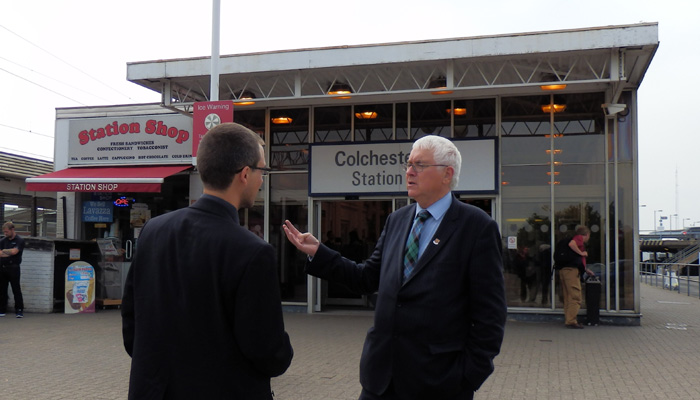 There will be no rail services on the Great Anglia line through Colchester from London to Norwich, with no trains between Manningtree and Shenfield.

Sir Bob said that Network Rail’s record on over-running track works was such, including in the past involving Colchester rail passengers and more recently in other parts of the country, that he was anxious that there would be no repeat of such chaos for his constituents.

“I obviously welcome the upgrade. It is something which I have been campaigning for, so its delivery is good news. But we must not allow the good news to be marred with any delays – there are eight occasions when this could happen, so let’s hope that Network Rail ensures that it does not!”