Colchester MP Sir Bob Russell has given his “vote of confidence” to cancer medical staff at Colchester’s General and Essex County Hospitals in the wake of a report from independent organisation Healthwatch Essex which contained criticisms – and revealed that less than a year ago he personally experienced matters during a two-month period when he underwent cancer diagnosis and investigation which involved three visits to Colchester General Hospital.  “Fortunately, it was a false alarm – the tests gave me the all-clear.” 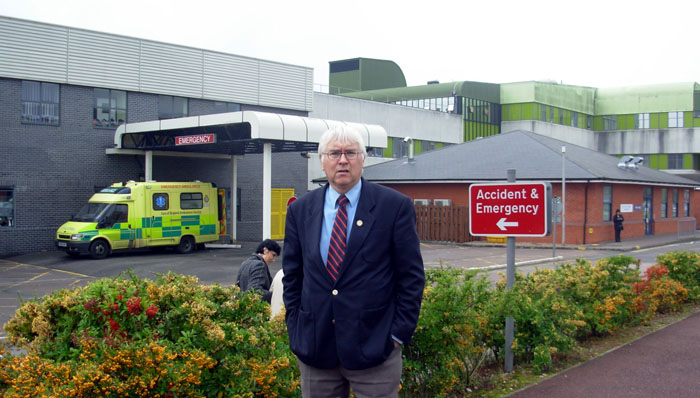 But he said he had to chase his doctor and the hospital for the outcome of the tests having spent the Christmas and New Year waiting to hear, only to find out that, while the hospital had given this good news information to his doctor some while previously, they had not contacted him although the letter to his doctor stated they had.

Sir Bob pointed out that he was undergoing tests at the very time serious issues had been revealed about record keeping of those using the cancer services, so while his experience from a medical perspective was first class he found that the post-treatment administration was woeful.

“Several months ago I shared my experience with the senior management of Colchester Hospitals University Trust and with the Care Quality Commission.

“It really is down to management to have fail-proof systems not only in the treatment but also in the administration, so I endorse the recommendations from Healthwatch Essex and in particular the one about improving communication with patients.”