Regulations about drones – unmanned aerial vehicles – need to be reviewed because of the security threat they pose as well as an invasion of privacy.  That was the request made in the House of Commons by Colchester MP Sir Bob Russell during Home Office Questions. 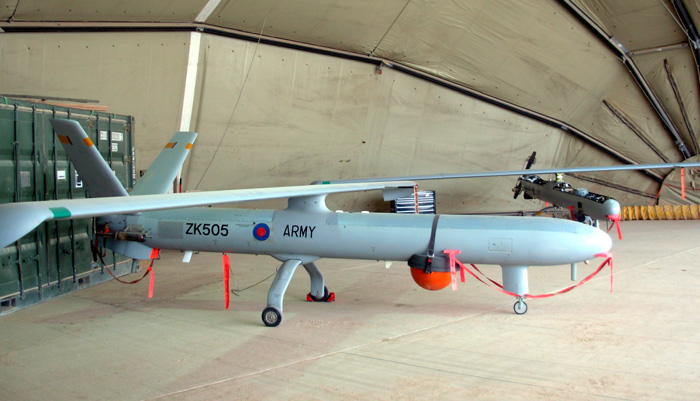 Responding, Home Office Minister Mr Mike Penning acknowledge the seriousness of the situation and promised that the growing use of such aerial devices would be looked at.

Liberal Democrat Sir Bob said afterwards that the current regulations were the responsibility of the Civil Aviation Authority, but he was aware of one report in the Colchester area during the Christmas holiday period which showed that these were being flouted.

He felt that the increasing use and availability of such aerial devices posed serious concerns, security and privacy primarily, which he felt had hitherto not been fully addressed.

“Drones” were widely used for military purposes in Afghanistan but are now increasingly being developed for civilian use.

Photo: A Watchkeeper 450 surveillance UAV, used by UK forces in Afghanistan. Civilian UAVs are now easily purchased with camera-equipped ‘quadcopters’ available for under £300.