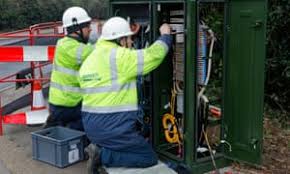 HUGE boost for broadband users and the local economy

Great News. And another sign of successful Lib Dem leadership - a major boost for Colchester thanks to a £3.45 million investment in extending ultrafast broadband.

Lib Dem led Colchester is the first authority in East Anglia to secure the funding from the Government’s local full fibre network fund, which was announced last year.

The £3.45 million funding will be used to improve access to ultrafast broadband in the town, which means speeds of up to 1000mbs per second or higher will be available to residents and businesses, 10 times faster typically than the very best they can get now. Work to install the new network, which will expand the ultrafast range to cover all of Colchester town centre and the Northern Gateway as well as parts of Greenstead, Severalls Business Park and the Hythe, will begin in April.

Success reflects past Council achievements, our early start on ultra fast investment and the confidence of others in Colchester.