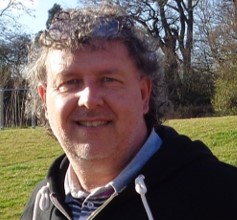 Phil joined the team in 2015 and he has been active helping to resolve various issues in our area. Phil is a former professional footballer having played at Colchester United, Millwall and Wivenhoe Town. He has been a teacher for the last 20 years becoming Head of Sport at a local secondary school. Phil lives in Mile End Road and is well known locally.

Phil has also used his educational expertise to help advise on improvements for schools in Mile End and spoken out for more school places for Mile End people. He has also been involved in using his sporting expertise by sharing it with the consultants of the Northern Gateway so they can learn from a sports professional. 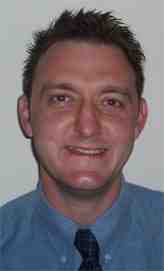 Martin was born in 1974 and has lived in Colchester since he was 4. Born in Waltham Forest, he moved to Loughton and then to Colchester. He was been educated locally and continued his education through to Masters Degree Level whilst working full-time. Martin works in Financial Services as a Senior Project Manager.

Martin became involved with the community in 2006 when he helped to set-up a Residents’ Association on the Northern Approaches development. He joined Myland Community Council in 2007 and was successfully elected to Colchester Borough Council in 2008 where he has dealt with a gamut of casework for Mile End residents and served on a number of key committees. In the new Council administration Martin has become the Cabinet lead for Neighbourhood Services and Waste, he has long been a champion for much improved recycling.

Martin was successfully re-elected in 2012 with 64% of the vote. He has helped to set-up numerous Neighborhood Watch schemes to help keep us better protected in Mile End whilst also working closely with the local police. He has consistently spoken out against over development in Mile End and won some concessions working with local residents. He is also Mile End’s Broadband champion and has been fighting to get Fibre broadband for all residents. 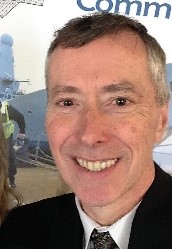 David’s is a former Community Councillor and Colchester Chair of Governors. He lives in Mile End, with family nearby and loves the area.  He served in the Senior Civil Service and wants to bring those skills and experiences to help others.

Together with Martin Goss, Phil Coleman and Anne Turrell, David has been helping the local Lib Dem team to ‘make a difference’, to respond to community needs as they arise.  His priorities include arguing for ban on non-recyclable plastics, zero tolerance on dog fouling, litter and anti-social behaviour and action on the issues that matter most to the people of Mile End.

David has recently become Leader of Colchester Council and the Cabinet lead for Strategy.