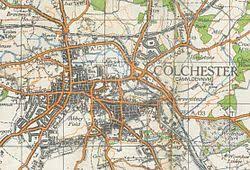 Colchester is a vibrant, ‘boom town’ with more businesses and jobs and better wages than ever before. Yet that very success brings problems.

So, it is a huge achievement by the Lib Dem led Council and their Leader Paul Smith to secure progress on two major road improvements.  These moved a step closer to full authorisation, after the Government announced they had passed initial assessments and had been shortlisted.

These two projects to help our town are a £100m project to extend the widening of the A12 route around the proposed Garden Community near Marks Tey and £65m on the construction of a major new A120-A133 link road to the, east of the town. If successful, these schemes, warmly welcomed by Paul Smith, would help ensure delivery of a major element of key infrastructure in advance of the potential long-term growth in these Garden Communities.

This latest announcement comes less than two months after £5.5m was awarded to fund new infrastructure projects north of the town as part of plans to provide new homes, commercial sites and employment opportunities at the Colchester Northern Gateway.