Every day Essex Police are dealing with four times as many incidents of domestic violence and abuse than with reported burglaries – and 350 Police Officers are now dealing with domestic incidents.  On Thursday Colchester MP Sir Bob Russell welcomed the decision of the Police and Crime Commissioner for Essex, Mr Nick Alston, and Essex Chief Constable, Mr Stephen Kavanagh, to allocate a further £8 million to tackle domestic incidents and make it a top priority. 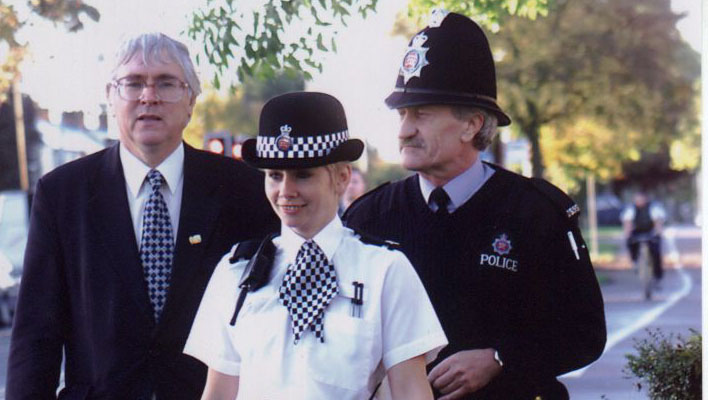 Liberal Democrat Sir Bob made his comments after a briefing for Essex MPs held at the House of Commons.  He said: “Domestic violence and abuse, which is not always physical but can take a variety of psychological torments, is a subject which has long caused me concern and was the subject of a detailed Inquiry by the Home Affairs Select Committee when I served on it.

“It is a subject which affects households from all social backgrounds. While it is mainly women who are victims, it can also be men who are on the receiving end.”

MPs were told that on average there are 90 daily reports of domestic incidents and 20 reports of burglaries in Essex.  They were also told that there had been a reduction in knife crime across the county.  While the number of deaths in road crashes was falling, those involving motor-cyclists is increasing.  Sir Bob raised his concerns about street lights being turned off from midnight. He urged the Police to back calls – from the perspective of reassurance for residents – for street lights in to be turned back on, if not everywhere then as a compromise a minimum of every fourth street light in urban areas.