A photograph taken by Colchester MP Sir Bob Russell of his two-year-old grandson is currently on display at the Houses of Parliament in an exhibition of photographs taken by MPs and Peers. 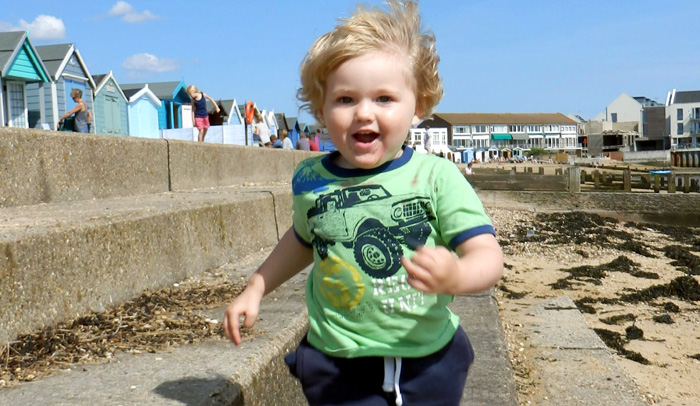 Sir Bob took the photograph of grandson Sam Dines running along steps of the promenade at Brightlingsea during a family day out earlier in the summer.

Sam is the youngest of Sir Bob and Lady Russell’s four grandchildren.  He is the son of their daughter Nicola and son-in-law Rob.

The photograph also features in a book of the top 20 photographs in the exhibition.

Over the years Sir Bob has had several photographs displayed in the annual parliamentary exhibition which is on display this week in the Upper Waiting Hall between the Commons and Lords.