The campaign by Colchester MP Sir Bob Russell to get Essex County Council to abandon its midnight black out of street lights – and instead install modern LED lights rather than switching off the lights – has been boosted with a question he raised in the House of Commons. 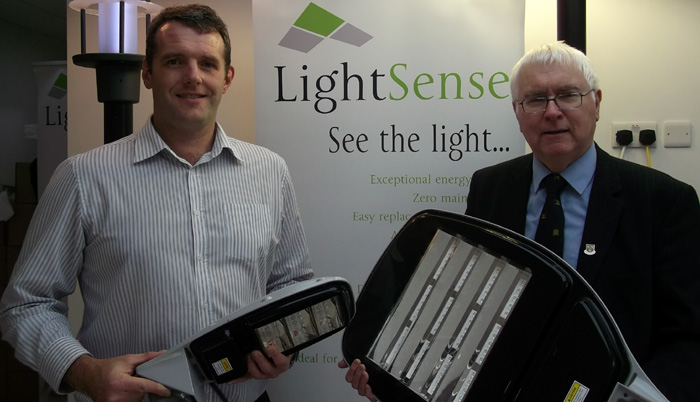 Sir Bob has argued that greater financial savings would be achieved through using LED lights rather than turning off the conventional lights, and would enable street lights across Essex to be left on which would he says be better for road safety and personal safety.

And now Local Government Minister Stephen Williams has agreed to meet Sir Bob and local company LightSense, based at Elmstead Market, who are among Britain’s leading promoters of the revolutionary new light process.

Mr Williams said: “We know that two-thirds of councils have already switched to low-energy street lighting. That will save Council Taxpayers’ money and have the double benefit of reducing carbon emissions.”

The Minister then praised Sir Bob for his campaigning on this issue, observing that Essex County Council is to embark on LED pilot schemes in six areas of Essex including Colchester – “a result, I am sure, of his campaigning.”

Sir Bob’s request at Communities and Local Government questions was the second time he has recently raised the issue in the Commons. He also argued in support of LED lighting at Transport Questions in October, pointing out that turning off street lights “results in added road safety risks for drivers, cyclists and pedestrians.”  Liberal Democrat Sir Bob is a former Chairman of the All-Party Parliamentary Road Safety Group.

Sir Bob said: “LED lighting would reduce energy, over time save money, and mean we can keep the lights on.
“I recognise the need to reduce energy consumption – but not at the expense of risk to the public which is what we have from the Tories.”

Sir Bob added: “If Colchester Borough Council was responsible for highways and lighting – as it was until a few years ago – then we would not have had the street lights turned off which is a decision made by Tory-run Essex County Council based at Chelmsford.

“Colchester would be better off if we could get highways and lighting powers taken away from the County Council and given back to the Borough Council, so that we have local councillors making such decisions and not Tory Councillors living miles away.”

Sir Bob has not confined himself to just calling for LED street lighting but has also Tabled several Parliamentary Questions urging central and local government, and other public bodies, to have programmes of replacement installation of LED lights because they are more effective and cheaper.

Photo: Sir Bob Russell with Mr Brendan Baxter of “LED LightSense” based at Elmstead Market, near, Colchester, who have offered to assist Essex County Council with the installation of money-saving LED street lighting.