Colchester MP Sir Bob Russell was among a group of senior British MPs invited to attend today's (Tuesday) meeting at the Foreign and Commonwealth Office in London with Parliamentarians from other NATO countries ahead of the NATO Summit in Wales on Thursday and Friday. 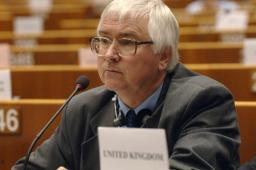 Speakers in the afternoon were Mr Sven Mikser, Defence Minister for Estonia; Ambassador Matthew Barzun, US Ambassador to the UK; Mr Tobias Ellwood MP, UK Foreign Office Minister; and the Rt Hon Sir Menzies Campbell MP, who is Leader of the UK delegation to the NATO Parliamentary Assembly.

Main topic of discussion was the growing military tensions in Ukraine and aggression by Russia.

The day concluded with a reception at 10 Downing Street hosted by Prime Minister David Cameron.

Sir Bob was invited to participate in the NATO Parliamentary event because he is a member of the Defence Select Committee. Earlier this year, with the Committee, he visited Estonia and Latvia which are two countries formerly part of the Soviet Union. They are now members of NATO and are anxious about Russia which they border.