Silent vigil for freedom of speech

On Thursday at noon Colchester's Liberal Democrat MP Sir Bob Russell attended a two-minutes silent vigil in the historic Westminster Hall, Houses of Parliament in tribute to those murdered in Paris the previous day.  He is pictured, after the vigil, with fellow MPs Stephen Metcalfe (South Basildon and East Thurrock), Robert Halfon (Harlow) and John Whittingdale (Maldon). 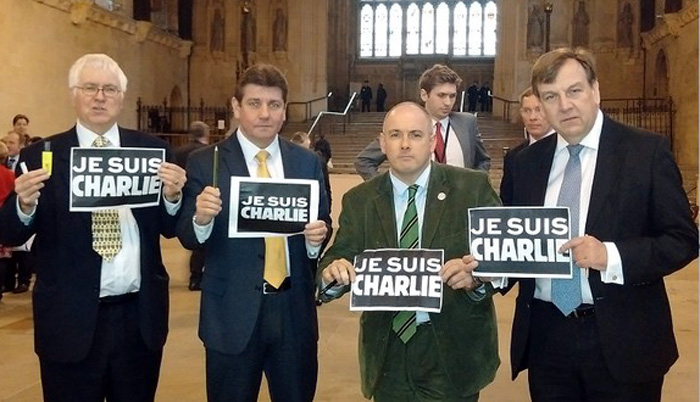