Colchester MP Sir Bob Russell has again challenged the Prime Minister not to make further cuts in HM Armed Forces.  For the second week running in the House of Commons, Sir Bob urged Prime Minister David Cameron not to further reduce the size of the Army. 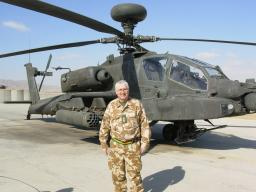 Last week he pointed out that the cuts had reduced the size of the Army to that which existed 200 years ago at the time of the Battle of Waterloo.

He asked the Prime Minister: "In the light of Britain's further defence commitment at the NATO Summit, will the Prime Minister give a categorical assurance that there will be no more cuts in the size of Her Majesty's Armed Forces?"

Responding, Mr Cameron said he did not want to see further reductions in the size of the Army, adding: "What matters most of all is having Armed Forces that we are confident to use because we know that we have the most modern equipment and that we are never going to send, soldiers, sailors and airmen into a difficult situation with substandard equipment."

Liberal Democrat Sir Bob, who is a member of the Defence Select Committee, has been a vocal critic of cuts in the numbers serving in all three Services.