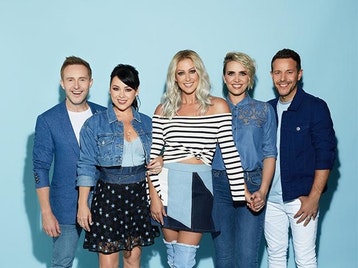 STEPS - STEPS ONE AND TWO DONE!

LIb Dem led Colchester Council is a huge fan and supporter of arts and theatre. Whether fantastic crowd pleasing acts at the Stadium or the Castle Park, or the highly regarded Arts Centre. Or Firstsite, or groups and organisations that care about and contribute to the cultural vibrancy of our borough.

So it was great that thousands of us could see Steps recently - and that Little Mix will be with us soon!

Behind the scenes your Lib Dem led team are taking their own Steps.  As a new alliance for Colchester, with our Labour and Independent partners we have found the funds. Yes, that's Step One. The plans have been drafted (Step 2) and soon they will be confirmed and announced.

First announcements in July. It may not get you dancing. But we know you will welcome hearing more about what's done well, and how we can make life better, to include a greener, cleaner, brighter and welcoming town centre.