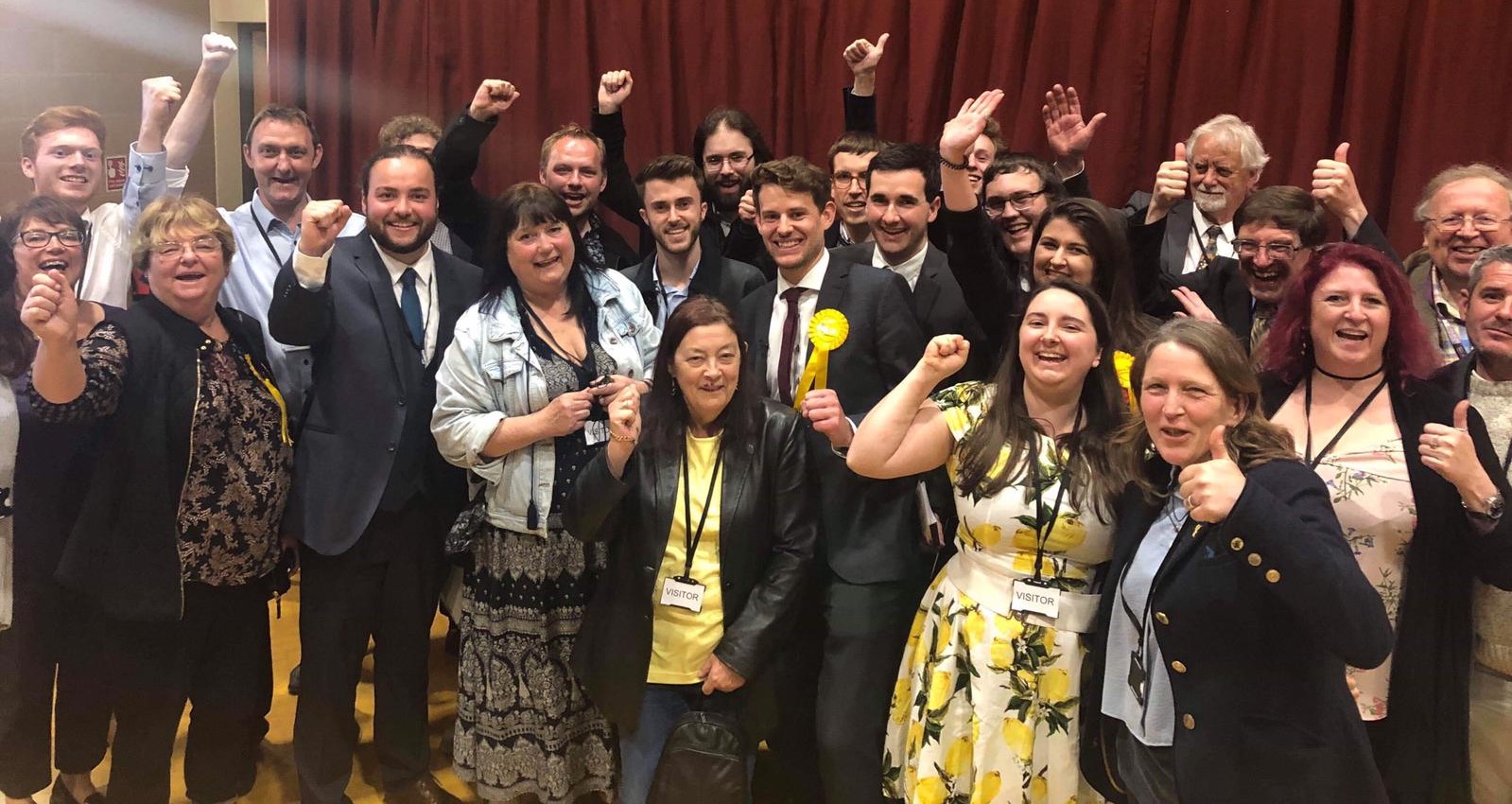 We had worked hard. Yet we were concerned. But it was a good night for Lib Dems on 2 May 2019.

Our sincere thanks to all those that voted, in particular those that supported the party of the centre - the Liberal Democrats.

Voters showed their trust in us - although many are cheesed off - or really angry about national political failures - and campaigning was difficult.

Conservatives had a bad night, losing votes and their Leader Darius Laws.

Labour had a subdued night, holding their seats, but losing votes and not - as they had predicted - winning seats.

Lib Dems came through strongly holding every seat and winning one from the Tories. That was a fantastic result for Sam McCarthy in Shrub End.  Elsewhere it was great to see Helen Chuah and Nick Cope hold their seats well in difficult circumstances (and to know Nick will be our Mayor for the coming year).  Lesley Scott-Boutell won handsomely in Stanway, and Phil Coleman and Mark Cory had great nights in Mile End and Wivenhoe, ahead by a thousand votes and more than 1500 respectively.

They didn't take your support for granted. We never will.  But we are now well placed, to lead the Council again, to build on our second place in the overall vote when a general election comes, with Martin Goss haring after Will Quince!